Back when I was a kid, I loved to play with LEGO together with my friends. I especially loved to build with my friend Jos, since he had a lot of LEGO.

We thought we were really building some cool builds, like GBC’s (great ball contraptions) with many moving or rotating parts. However, when we became teenagers we got more interested in video games like Minecraft, and LEGO became more of a side hobby. 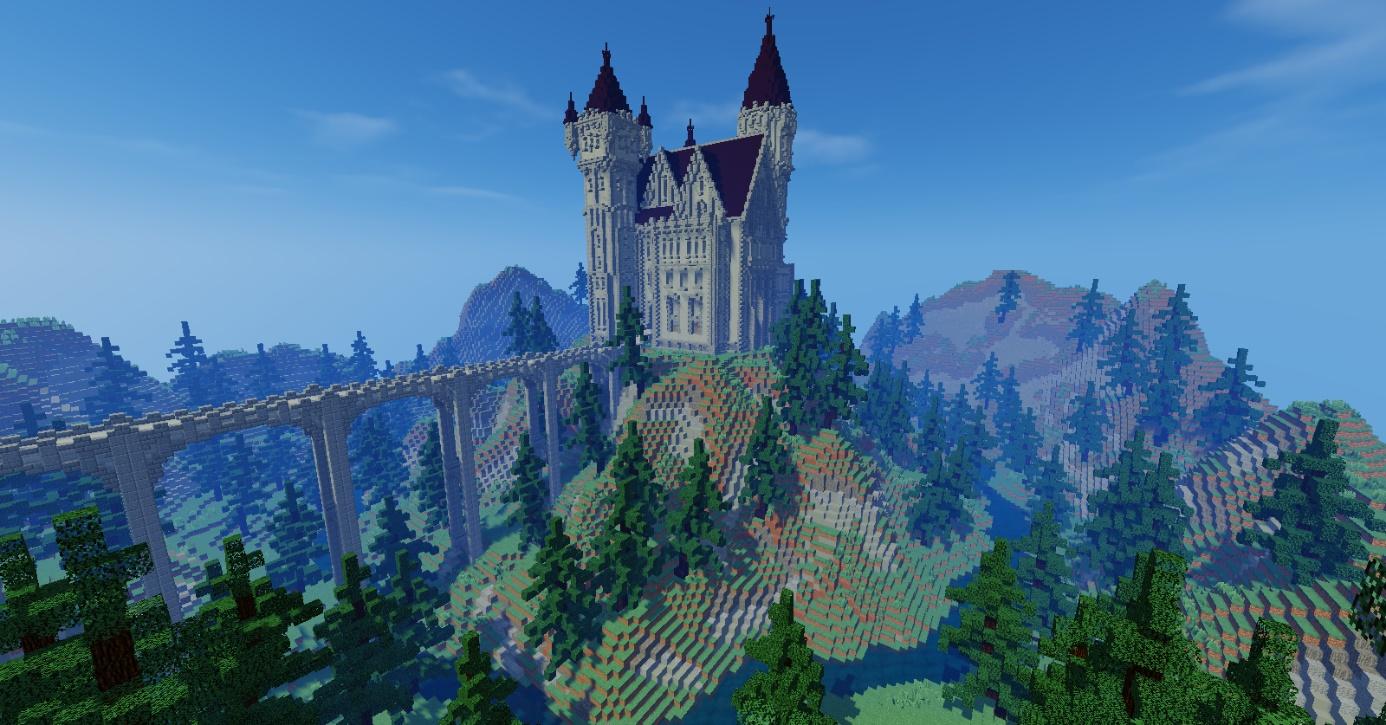 A chateau I made in Minecraft years ago

That changed one night when I saw a commercial on TV about a new TV-show in The Netherlands and Belgium, called LEGO Masters.

This gave us the idea that we actually had a chance to be invitedto the auditions, and we did. We got through the two audition rounds, and we were invited to participate in the TV-show. The auditions were a lot of fun, but we also saw a lot of great teams and builds there, so we were really worried that we might be the first team to have to leave the show. 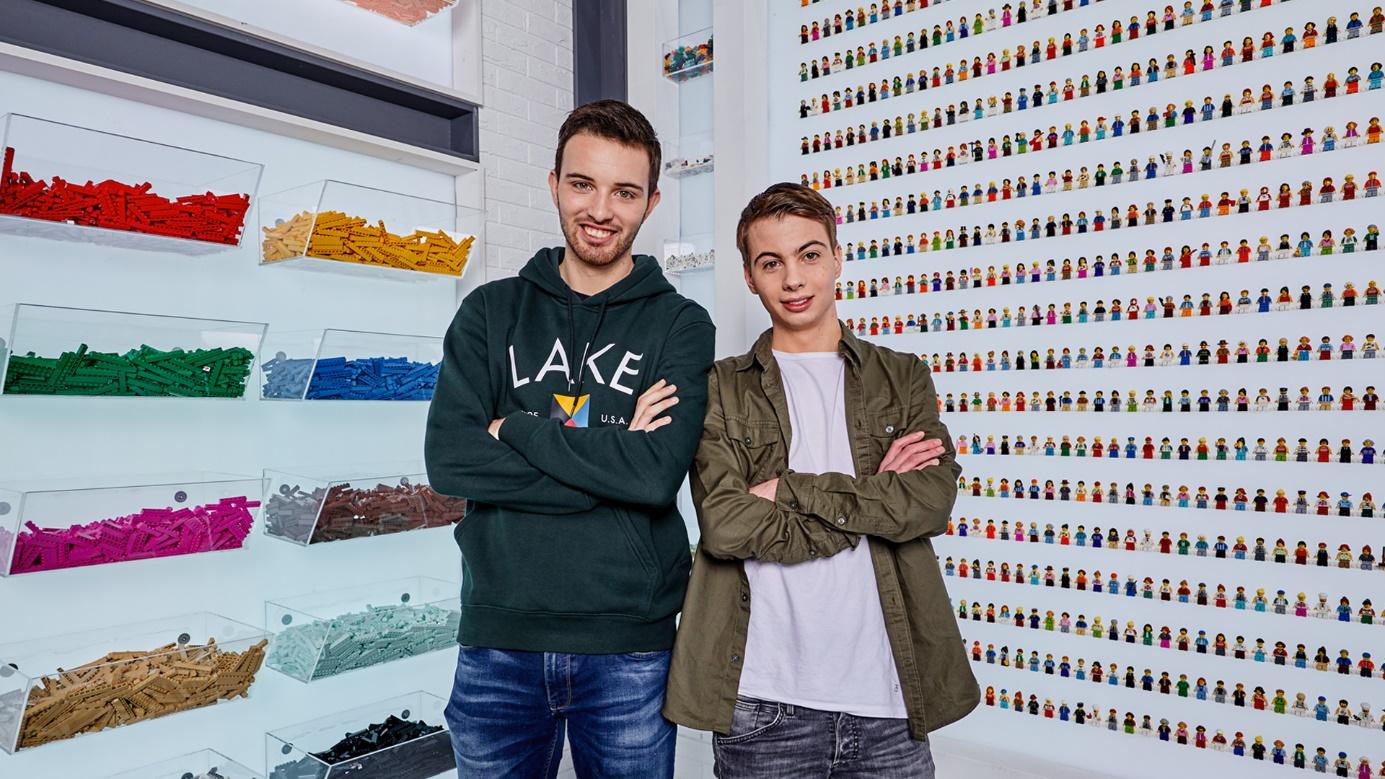 The first episode the challenge was to build a megacity; every team had to build a huge building to complete the city. We never really built LEGO buildings ourselves, in fact, we hardly built anything with LEGO at all the last few years. So, when the buildings were finished, we didn’t make it into the top 3.

However, the challenge had a twist which was that we had to build an attack on the city. This was our chance to make a difference since we like to build organics and sculptures. We built a huge sculpted octopus which attacked our building. The octopus was really unstable, but in the end we got it into the megacity without breaking. This build won us the Golden Brick, which we could use to skip the elimination of one episode before episode 6. 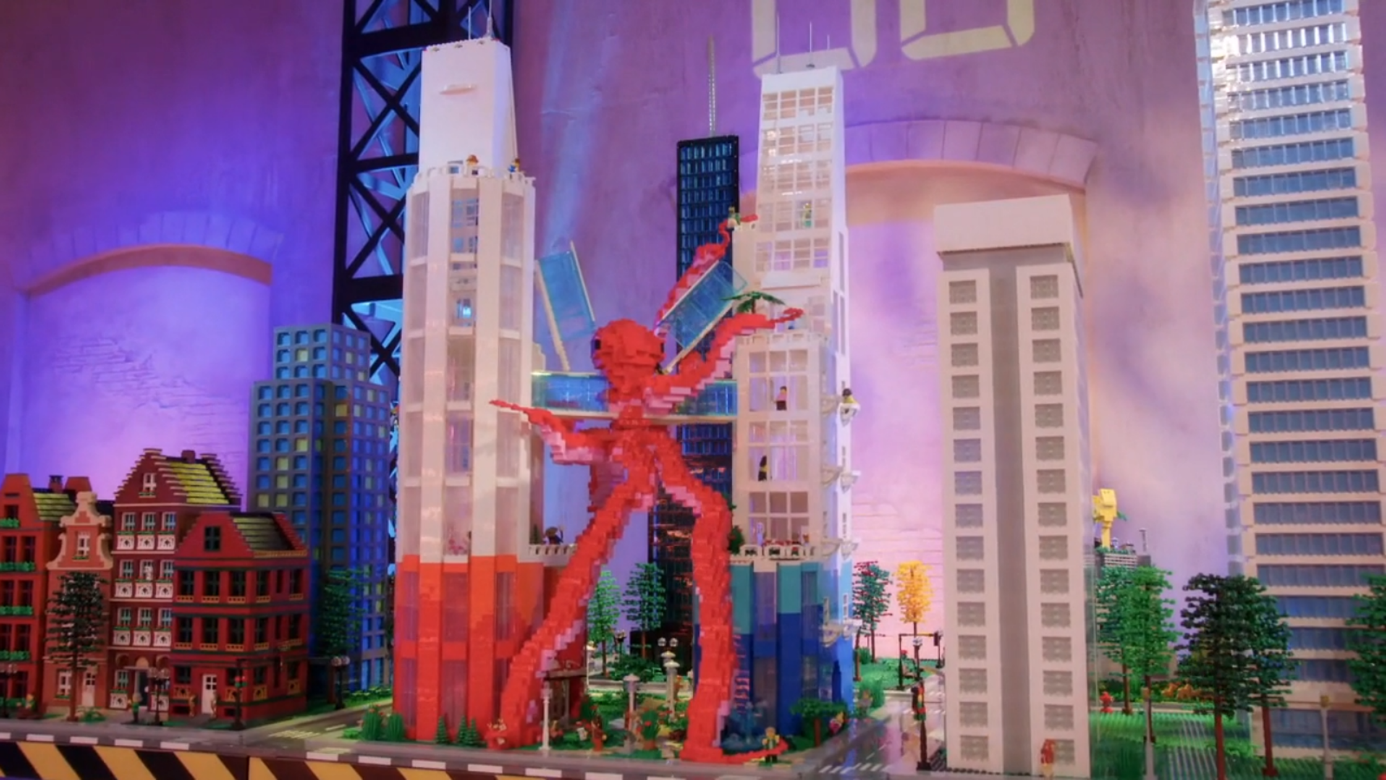 The octopus attack we made in the first episode (Image source: RTL – The Netherlands)

The Golden Brick helped us a lot, it gave us confidence and security. We had to use it in episode 4, when we had to build an apartment building and we thought we thought we didn’t do a great job. Luckily, we didn’t have to build any more buildings after that episode. We did much better than we had expected, we even won episode 6 and got second place in episode 7. Our prehistory build in episode 7 was definitely one of our favorites, including a moving T-rex. Episode 8 was the final, and we decided to sculpt an enormous red dragon attacking a small gnome village.

In the end, we got second place and just missed the prizes. However, we felt that we got much further than we expected and we did all we could have done.

Our build on episode 7; and our build in the final episode of LEGO Masters, which got us 2nd place (Image sources: RTL – The Netherlands)

After LEGO Masters, we got a few requests to do some LEGO workshops on schools, which was really fun to do.

Then, we got a request by a big Dutch yacht-building company. They asked us, and the third-placed team of the Dutch/Belgian LEGO Masters (Björn and Corneel), to build their biggest yacht to date: project Cosmos. This is a superyacht under construction, and will be 80 meters long.

However, they were thinking of a LEGO yacht in the scale 1:50, or minifigure scale (approximately 1:42), which would mean a LEGO model of almost 2 meters. We were really surprised to hear this, we never build anything that big before. We never even worked with stud.io or other LEGO design software before. Designing and building the yacht was a great learning experience, time-consuming and hard work, but of course also loads of fun. In the end, we used more than 12.000 bricks, and the model was 1.90m long and weighed 23 kilograms.

We were really glad with how we did, but we had no idea how the other team was doing. When we saw the other model, we could immediately see differences, but also a lot of similarities. Both models had some very cool elements. Our model included lighting, opening doors and valves, extendable sun awnings, and an helicopter and jet skis. The other team’s model included some very detailed furniture and great building techniques.

Currently, an online competition for the two models is held to find out which model is better according to the public. Even if we don’t win, I think building this yacht was a great challenge and experience for us as builders, and really made us more complete builders. 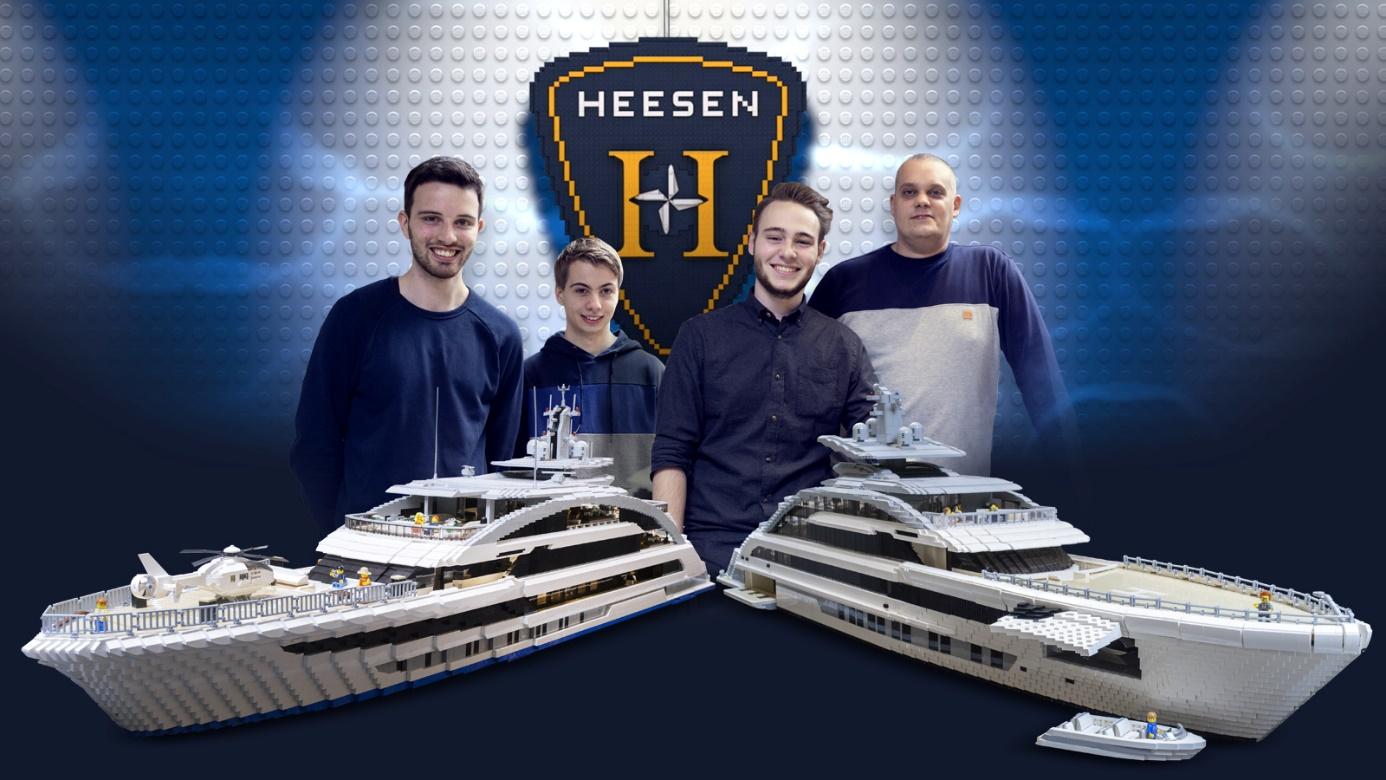 Because of this great experience, we are now trying to create more publicity for us as LEGO model builders, to potentially get some more LEGO model building commissions. We made a Dutch website to highlight who we are and what we have built, https://complexstackers.webnode.nl/, and we really hope to receive some more great LEGO challenges in the future.

Our premise is simple - everyone has their LEGO story, waiting to be told. We want to showcase 100 LEGO stories from all over the world. Want to get involved? Go ahead and submit your story. View all posts by 100 LEGO Stories